Blockchain is at a tipping point. For all of the attention paid to digital asset markets and the wild volatility that defined much of the last year, a larger trend has quietly been playing out behind the scenes: enterprise organizations are actively adopting blockchain technology at higher rates than ever before.

Get the State of Enterprise Adoption report!

This latter trend was a driving force for Day 2 of Blockchain Hub Davos. From announcing the largest-ever blockchain deployment — 25M patent NFTs simultaneously went live on Casper — to a thoughtful series of discussions that cut through the marketing hype and critically examined blockchain’s role in promoting more sustainable energy practices, to a collective recognition from industry heavyweights that blockchain’s future is hybrid, it was an action-filled day.

To cap the day off, CZ from Binance also (virtually) stopped by for a fireside chat with Casper Labs co-founder and CTO Medha Parlikar! You can view the full interview here. 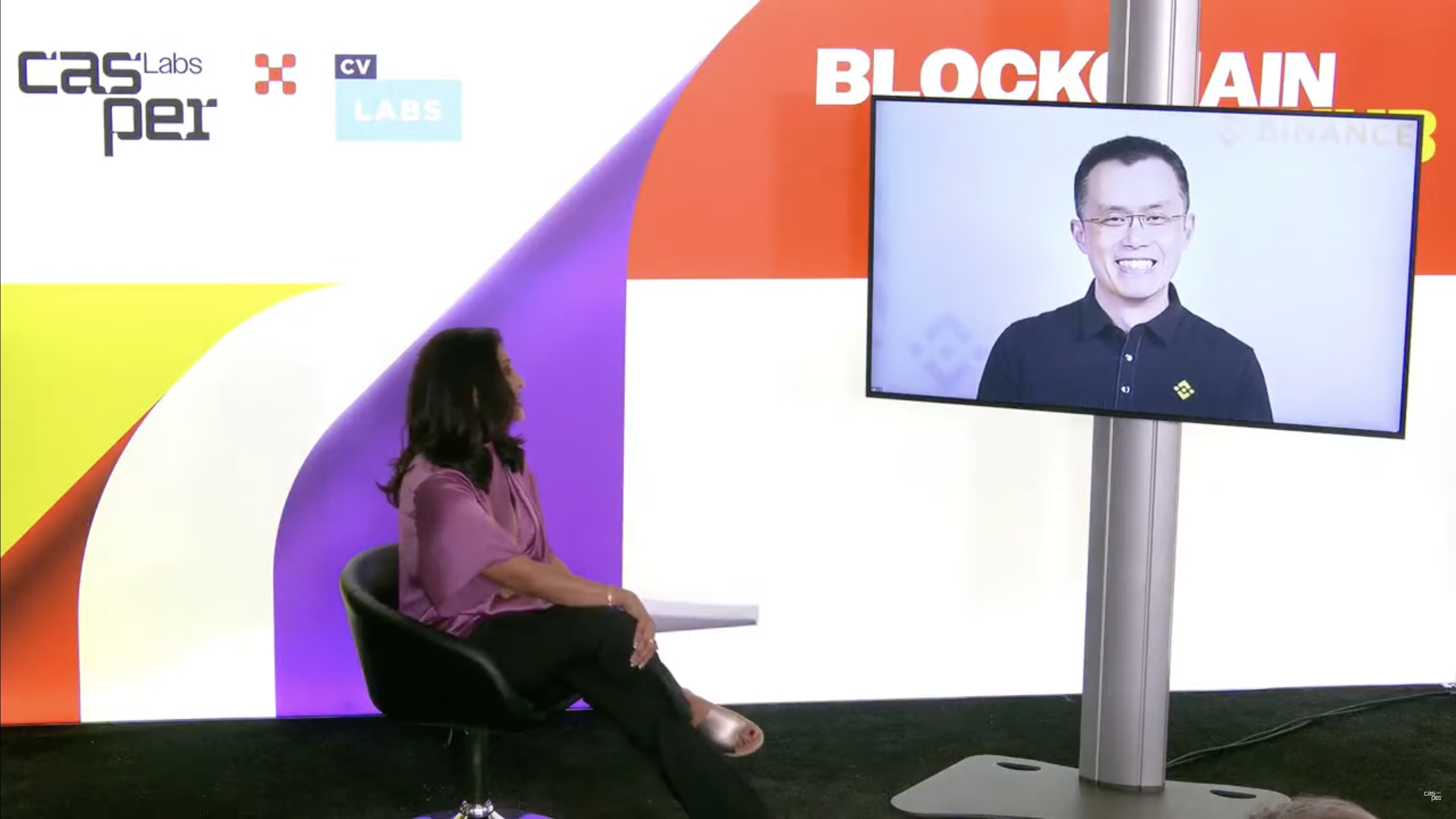 Casper Labs Board Member Marc Degen set the tone for the day with his opening keynote, where he explored the gap that still exists between the promise of blockchain (more specifically, the smart contracts that power blockchain transactions) and enterprises’ ability to maintain full visibility into and control over their data once it’s been deployed there. Innovations like Casper’s native upgradable smart contracts are slowly but surely making that promise a reality.

Outside of the Blockchain Hub, Medha Parlikar joined CNBC’s Arjun Kharpal for a live broadcast segment that examined the growing trend of enterprise blockchain adoption — including how a majority of enterprise leaders reported plans to purchase and or deploy blockchain technology in 2023

The afternoon saw sessions from technology giants including Siemens, AWS and Cisco, each of which reported ramping up their own blockchain offerings amid growing customer demand.

IPwe then announced a major milestone for the entire industry: this week, they deployed 25 million patent NFTs onto the Casper Blockchain — the single largest blockchain deployment to date, anywhere. Even more noteworthy was the fact that the announcement was made by three of the leading women in the blockchain industry: IPwe President Leann Pinto, Hyperledger Foundation Director Daniela Barbosa and Casper Labs’ own Medha Parlikar. It was a triumphant moment, but also a chance to reflect on how underrepresented female leaders continue to be in the blockchain industry — and the work that still needs to be done to make it a more equitable space for entrepreneurs of all backgrounds.

The evening was highlighted by Binance’s Changpeng Zhao, who joined Medha Parlikar for a virtual fireside. Among other topics, he explored how blockchain is still a new technology — but one that promises to revolutionize value transfer on an even grander level than how the internet revolutionized information sharing.

Casper Labs’ co-founder and CEO Mrinal Manohar then shared a thoughtful keynote address that managed to tie together long-term thinking, sherpas, anarchism and shadow economies to illustrate how enterprise technology adoption cycles work. Tl;dr - to support enterprise adoption, you must embrace extended time horizons, which match the pace at which enterprises move, you must act as a Sherpa willing to help organizations discover and find new technologies and use cases and, finally, you must reject the false belief that blockchain will form a shadow economy, and instead explore how to integrate it into existing systems to realize better and more transparent outcomes.

The Blockchain Hub at Davos 2023 will conclude on Thursday, with a day that will focus on the future, and explore some of the more ambitious initiatives that will shape the next decade of blockchain innovation and beyond.

You can stream it here!