Day two at Blockchain Hub Davos examined the state of blockchain adoption among the two groups widely considered to be the lynchpin to fostering truly mainstream utility: enterprises and governments.

The fact that some of the world’s largest organizations, including IBM, AWS and Verizon would send senior leaders to speak about their growing blockchain initiatives — and work within the Casper ecosystem — is a testament to how far this space has come in a remarkably short window. Several years ago, as many noted, nobody at this event was discussing blockchain. Today, it’s the dominant topic, with dedicated events exclusively devoted to the topic.

The overarching sentiment shared by every speaker today can be best summed up thusly: the hype cycle is over, and the building phase has begun in earnest. Blockchain is no longer a niche curiosity in the eyes of business and government leaders; it’s a strategic imperative. 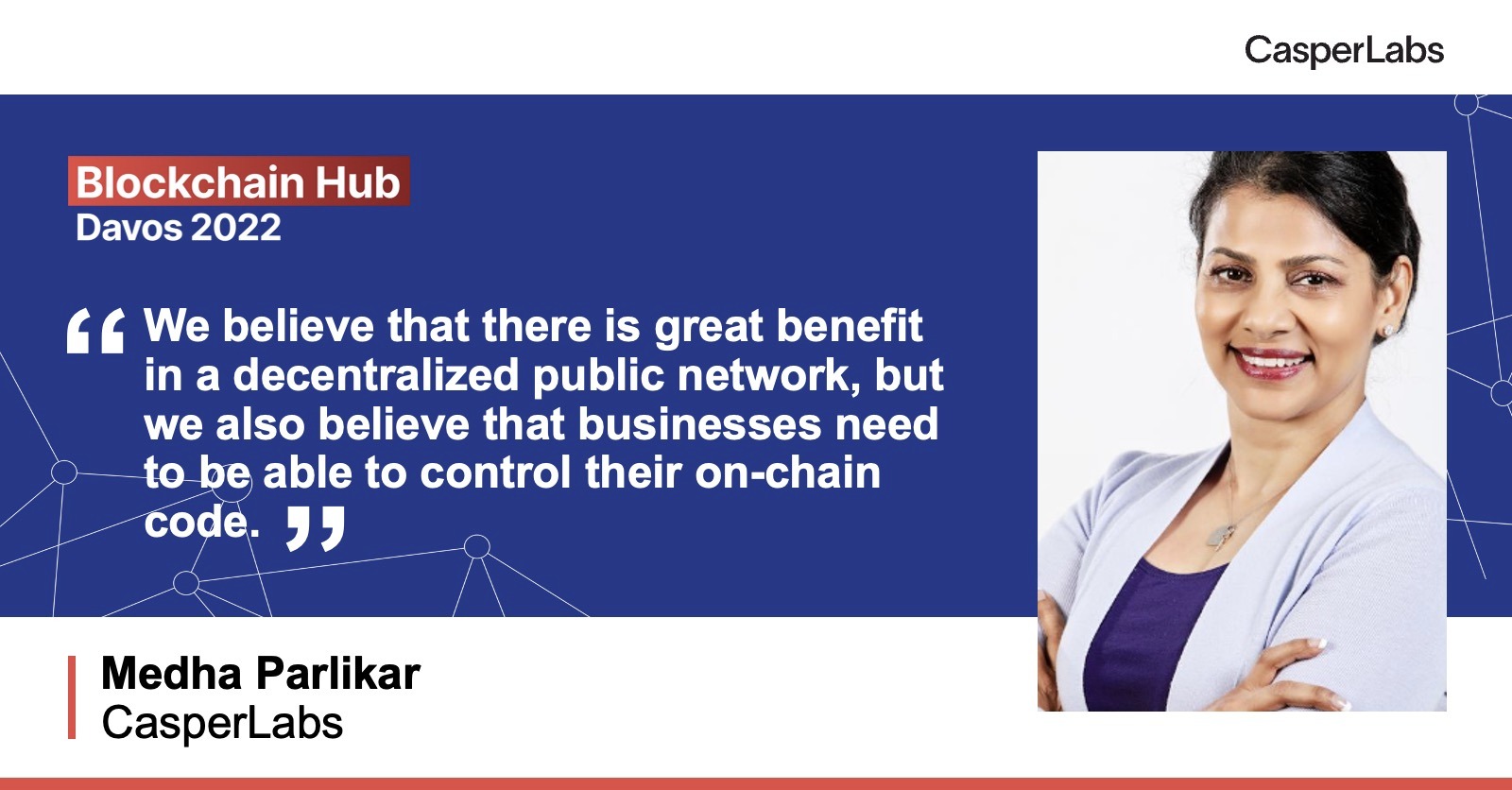 According to a recent PwC study, more than 84 percent of executives report that blockchain initiatives are underway at their companies. A separate report from LeadBlock Partners found that more than 50 percent of businesses that were early blockchain adopters are actively seeking to move to new blockchains.

These numbers underscore the major opportunity ahead of CasperLabs and IBM, which have partnered to help businesses realize greater interoperability between permissioned and permissionless blockchains. The two companies performed a live demo on stage during the day’s programming, demonstrating the first atomic cross-chain swap of fungible and non-fungible tokens between an instance of a Hyperledger Fabric private network and the Casper Blockchain.

This hybrid approach is key to realizing adoption among compliance conscious businesses that are intrigued by blockchain’s massive potential to unlock value, but legally unable to put sensitive data into permissionless protocol.

This sentiment was echoed on a panel featuring CasperLabs CTO and co-founder Medha Parlikar, alongside executives from IBM, State Street and AWS. Championing enhanced security standards such as Casper’s, they agreed, was critical to galvanizing a broader wave of blockchain adoption.

ESG was a major theme throughout the latter half of the day, with a series of thoughtful dialogues about the need for more efficient energy consumption standards – and also how impact investors are increasingly eyeing the Web3 space.

Enterprise and Government Blockchain day was capped off by a major announcement that will see CasperLabs work with the Government of the State of Telangana on a recently announced smart cities initiative. It will be the latest instance of CasperLabs working with a local government to implement blockchain technology, following a previously announced initiative with Fuzhou, China.

The Blockchain Hub will host its third and final day tomorrow, with programming dedicated to gaming, NFTs and the metaverse. You can access the livestream here, beginning at 1 pm CET.